Good morning, happy Saturday, and all the other niceties that are appropriate here. We're back to let you in on what happened this week in case you missed it.

Tuesday → We got pre-show drinks with our guest Serena Kerrigan, self proclaimed (and NYU girl confirmed) bad bitch, where she taught us about talking to ourselves in the mirror (you should all try this) and Lauren got ridiculously drunk off of two mezcal drinks. We filmed our intro video for Cameo which looks eerily similar to this infamous Tik Tok but its fine because its ironic, right?

And during the show:

Thursday → We decided to switch things up and shoot the shit (as they say) with some listeners on Zoom.

And during the show: 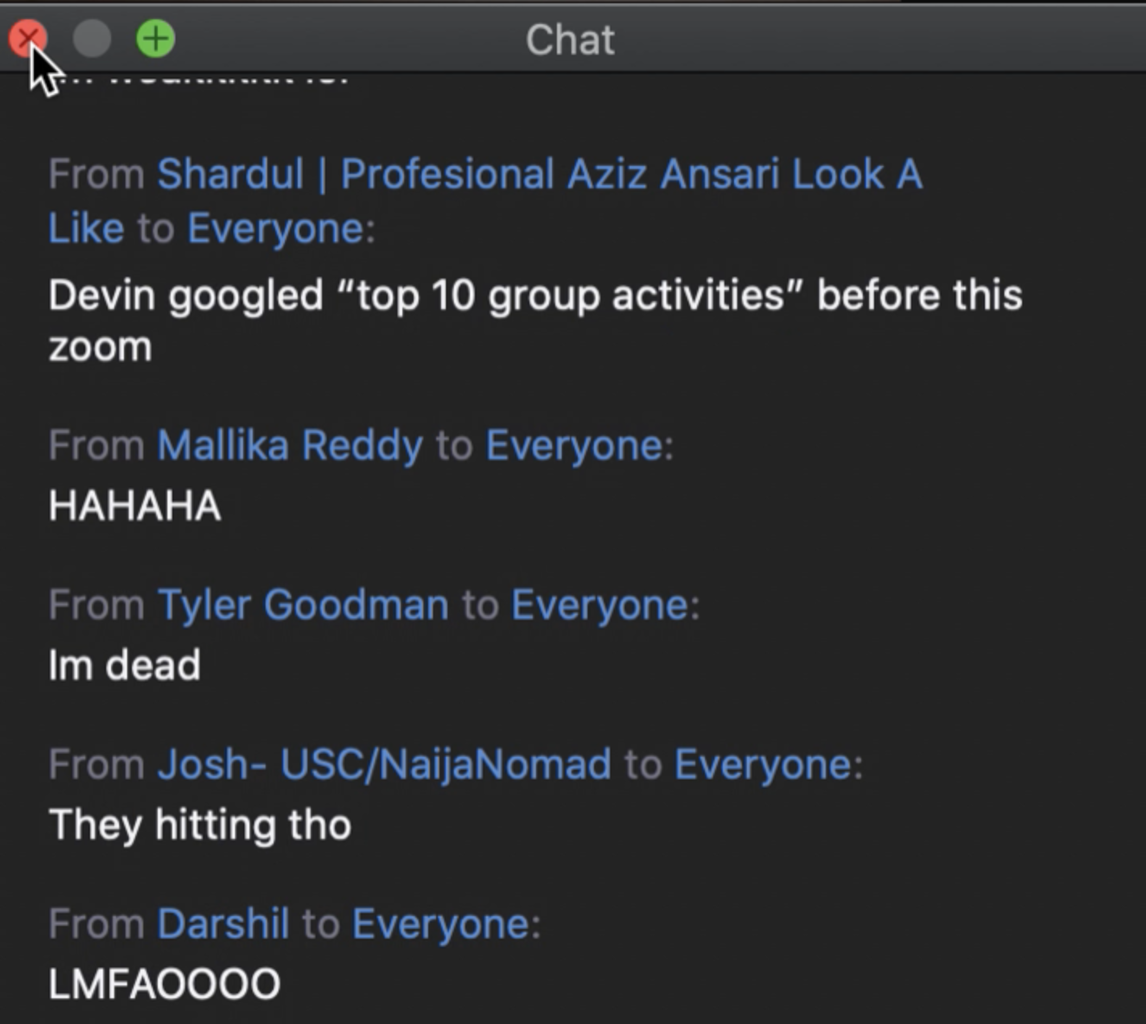 We are going to vibe on Twitter spaces with some meme accounts before our show on Tuesday. Roll through, besties ❤️

💝Dating tip of the week

Have an activity to do on Zoom dates so you're not just staring at the screen. It gives you too much time to focus on how weird it is that you're trying to forge a relationship with someone over satellites and pixels (yes, this is how computers work).

📊Dating trend of the week

A shift from multiple casual hookups to multiple meaningful 'relationships'. We've seen people start to move away from purely physical hookups and more towards having deep emotional connections with multiple people at once, and still keeping it casual. This seems impossible and also like they just have 4 partners at once and can't commit to anyone, but is it actually just a more evolved and caring way to 'date around'? If you've seen this or experienced this let us know what you think. Also, yes, this is different than friends with benefits - Page Stein, 23, Leo

Happy Saturday, I hope you enjoy your coffee (unless it has cow's milk in it). See everyone next week on Tuesday and Thursday at 10 PM ET on Clubhouse (and Twitter spaces on Tuesday) for more antics.